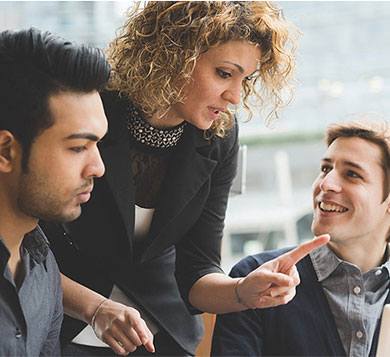 As wrote author Catherine Pulsifer, retirement should be an equally nourishing and cathartic experience for all retirees, regardless of their gender. Sadly, not unlike most key elements of the
social and professional life, retirement too is a uniquely challenging event for women. Unlike their male counterparts, retirement does not always translate to exotic palm trees, sapphire beaches, and goblets of wine whilst lounging on a hammock. Here are some reasons why retirement poses serious challenges towards the financial and physical wellbeing of women:

Due to the longer life span of the average American woman, women find themselves needing larger retirement funds to cater to their retirement plans. If the retiree is a married woman, then the
chances of them outliving their husband and finding themselves with limited pension payments to accommodate their cost of living are quite high. Because of the extra years that women have to live paying for themselves after retiring from their careers, they need stronger retirement plans and a higher pension payment for an easy, stress-free retirement period.

Archaic employment practices even, in the 21 st century, mandate that despite equal working hours, equal work load, and equal paid leaves, women, on average, are paid grossly unequal salaries- only because of their gender. Because of lesser earned money, women end up having lower savings. Lower savings coupled with lower pensions make life after retirement a harsh experience. A study from the National institute on Retirement Security concludes that along with the perils brought about by lower wages, women are also 80% more likely to be impoverished in retirement. This is a bleak reality which demands that there be better financial planning systems in place to allow women to have a retirement just as comfortable as that of men.

Giving birth and raising children is a very difficult feat. Giving birth not only takes a heavy toll on the mental and physical health of women, but is also a big dent on the annual health budget, regardless of medical insurances. In instances where a maternity leave is not enough recuperation period after a difficult birthing process, women are forced to opt for unpaid leaves as a last resort, and in some instances, even retiring until they are fit enough to be back. Not only this, but single and divorced mothers with children also need to restrict a significant portion of their salaries towards household and child education expenditures, leaving little amount remaining for savings.

While this is not a problem unique only to women, given the emotional labor of raising a family and giving birth, and earning lesser than their male counterparts, women find themselves with
insufficient time to plan their retirement. As one nears the end of their career and starts the long jog towards retirement, it is important that they have prepared for this day carefully. Without the space to properly plan out their retirement, women often find themselves outliving their retirement funds. This is a very worrying occurrence which forces retired women into poverty.

According to financial advisor Melinda Wilke, ‘when it comes to financial planning, there’s a general rule of thumb for what it takes to achieve financial security: Build savings, pay down debt, invest to grow wealth and protect income. These elements form the basis of a strong financial foundation.’ To fight the challenges that an uneasy retirement brings for women, female employees should look into the investment plans offered by their employers and how these can benefit them later on in their life. Apart from investments, savings are a crucial contributor to a rejuvenating retirement period. Greater savings can be accumulated by starting to save early on into your career, prioritizing our mental well-being, and demanding equal wages from employers.

To stay in the loop, please subscribe for newsletters and updates. We don't send often and we don't share your information.